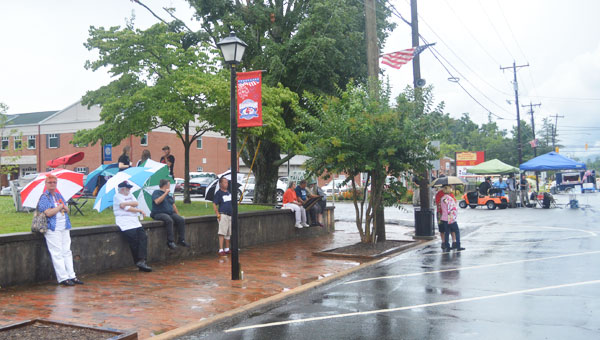 Several dozen people fought against the rain to get as much enjoyment out of the afternoon on July 4 in Columbus as possible. (photo by Samantha Hurst)

As much heart as several dozen people put into braving the weather to enjoy this year’s 51st annual Columbus Fabulous Fourth, the weather found a way to dampen the festival.

A release from the Town of Columbus said site conditions off Hampton Court because of significant rainfall prevented technicians from gaining adequate access to the site where the fireworks are typically set off.

Officials said more details would be available in the next two weeks, but that the event would include the full fireworks display as well as vendors present during the afternoon.