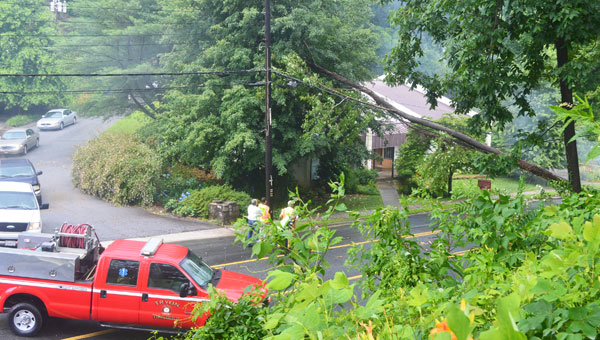 A burst of showers that came through Tryon about 2:30 p.m. caused a tree to fall on power lines along S. Trade Street near the old Tryon Riding and Hunt Club offices.

Smoke could be seen from where the tree broke several power lines leaving live wires on the ground. Emergency responders blocked off traffic to prevent anyone from coming in contact with the wires. The road remains blocked and according to one resident it also affected power on Carolina Drive.