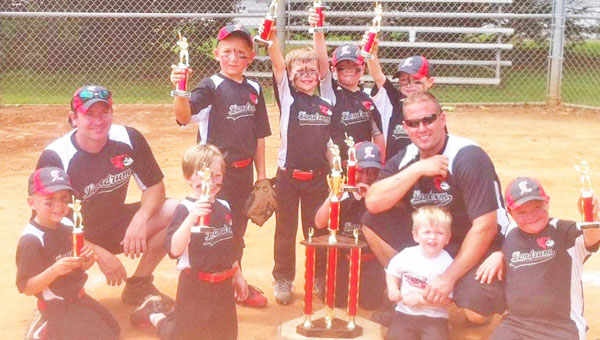 On Saturday, June 8, Landrum Mites Black played three games in a row and beat a great, undefeated Polk County Mites team in back to back games to win the championship.