Vivian Marjorie Marx Grames, 90, joined our Lord on May 30th in Tryon. 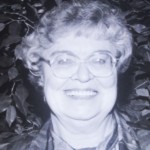 Born in West Chicago, Ill., she was the daughter of the late Clarence and Margaret Marx. She was also preceded in death by a son, Brian Grames.

Mrs. Grames was a resident of West Chicago for over 60 years, during which time she graduated from the University of Illinois, received her masters from Northern Illinois University, and taught in several grade schools throughout the Western suburbs of Chicago.

She was active in St Mary’s Parish in West Chicago, a member of the Catholic Daughters of America, and active in the local historical society.

Mrs. Grames is survived by her loving family; her husband of 66 years John, a son Michael and daughter in law Susan, two grandchildren Jim and David Marshall, and two great-grandchildren David and Jacob Marshall.

In lieu of flowers, donations may be made to St John’s.