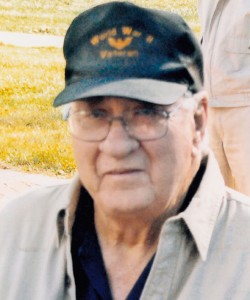 Born in Rutherford County, N.C., he was the son of the late Robert E. Lee and Reva Justice Jolley. He was in the U. S. Air Force during WWII and was a member of the VFW Post #9116, Columbus. Willard retired from the North Carolina Department of Transportation after 35 years of service. He was a past president of the Edsel Owners Club and from l971 to l973 was the National President. He was a member of Faith Baptist Church, Mill Spring.

Funeral services will be held 11 a.m. Wednesday, May 29, 2013 in the McFarland Funeral Chapel, Tryon, with Rev. Tim Gouge and Rev. Warren Elliott officiating.
Burial will be in Polk Memorial Gardens, Columbus with Military Rites by the Polk County Burial Honor Guard. Family will receive friends from 9:30-10:45 a.m. Wednesday in the McFarland Funeral Chapel just prior to the service.

Memorials may be made to VFW Post #9116, Columbus, N.C. 28722. An on-line guest register may be signed at www.mcfarlandfuneralchapel.com.