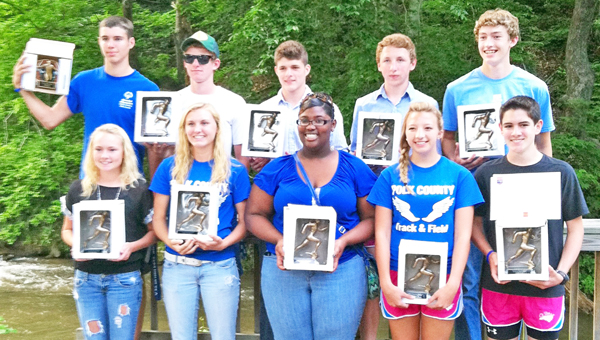 Polk celebrated the runner – up performance of the women’s team in the Western Highlands Conference Championships.

Awards were presented to the following Lady Wolverines: