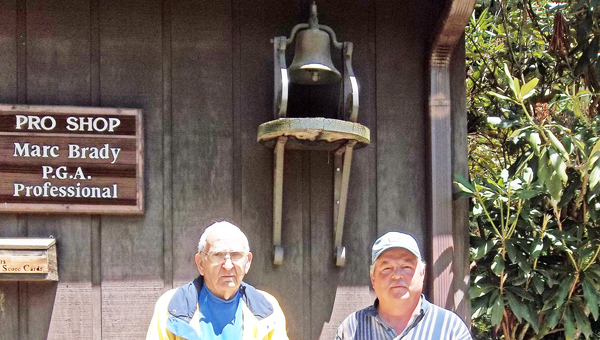 In 1914, Tryon author Emma Payne Erskine hired a daring young Scotsman named Donald Ross to design the golf course at the Tryon Country Club. Ross had a stellar reputation, but no one knew then that the man would be named the most significant golf course designer since the game began in this country, or that in his lifetime, from 1872 to 1948, he would design 400 golf courses.

On Saturday, May 18, Tryon Country Club will honor this innovator with the annual Donald Ross Invitational, where club members will dress in the style popular 100 years ago. The club welcomes the public to this event, the first Donald Ross Invitational to occur since the Tryon Country Club made the list of the National Register of Historic Places, said Fred Edwards Jr. The course and clubhouse were built in 1916 by Robert A. Leonard, his crew and local artisans.

“My grandfather helped build this,” Edwards Jr., said with pride.

Natural, undulating greens distinguish Donald Ross golf courses, and the Tryon Country Club has stayed true to his original vision as they’ve maintained the course through the years. Ross arranged the course so golfers must concentrate, and each golf hole presents a unique problem to solve. Many young men became caddies to get the chance to learn and play on the course.

Fred Edwards Sr. stepped foot on the Tryon Country Club’s impeccably designed course as a caddy at the tender age of 9.

Back then, in the 1940s and early 1950s, many golf clubs had wooden shafts, and the caddies had to work hard to keep care of the clubs. The shafts would get to rattling and the clubs would have to be soaked for maintenance. They had 300 sets of clubs to maintain, and they would pull them all out, wash them all off and get them back on the shelf. The caddies worked hard together, and they played hard, too.