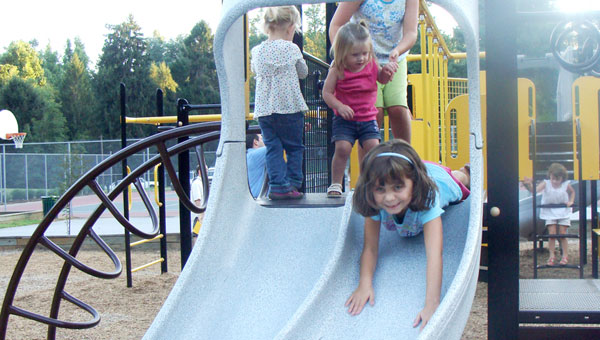 Streets Alive to be held June 8

For the second year in a row, the City of Saluda was awarded the Playful City USA designation.

Saluda was one of 217 cities across the nation given the Playful City USA designation this year.

Saluda was also recently awarded a $3,000 grant from the Polk County Community Foundation in order to celebrate this year’s designation. Saluda will use the grant to host Saluda Streets Alive on Friday, June 8 from 3-5 p.m. The community event will be held on Meadowview Drive in Saluda and will include a giant beach ball and activity stations.

“This will qualify us for eligibility for additional grant funding, which I will be applying for to update our city playground,” said Saluda City Clerk Monica Pace. “This designation is also important to our community for economic development, attracting younger families to our area and promoting a healthy lifestyle that takes advantage of our beautiful, natural surroundings by playing outside.”

The Playful City USA communities are eligible for $15,000, $20,000 and $30,000 grants from Let’s Play, a community partnership led by Dr. Pepper Snapple Group to get kids and families active nationwide. Grant recipients will be announced in the fall.

Saluda was selected for its outstanding dedication to play. Saluda is also working with the Saluda Community Land Trust to convert the former city landfill into a nature park with hiking and biking trails for the community and the city is pursuing a long-term lease on adjacent property to build a community center. Saluda is also examining the possibility of creating a mobile play unit, which would have various activity stations and would travel from school to school.

Playful City USA is a national non-profit from KaBOOM!, sponsored by the Humana Foundation, that celebrates and promotes local policies that increase play opportunities for children.