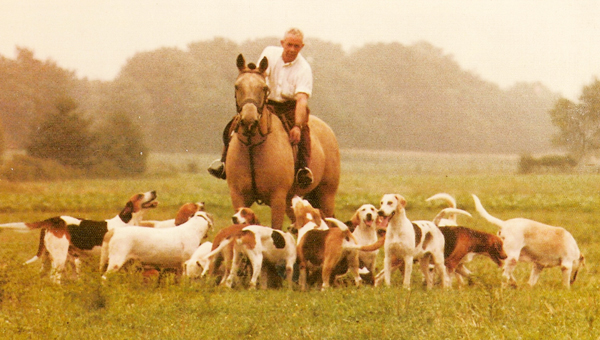 George was a consummate horseman who lived his life immersed in horses. There wasn’t a horse he couldn’t handle and most horses related to him and did whatever he asked.

He was primarily a jockey for most of his life and he raced on the flat and over the sticks. He trained horses as well. His greatest memory was riding in the Grand National Steeplechase in Aintree, England. He rode a big Irish chestnut gelding called Irish Lizard and trained by Vincent O’Brien.

According to George, Vincent was hoping to pull off a coup with the pair but his plans came to naught when the Garda caught his stable lads cutting the telephone wires. George said that Vincent lost his license for a while over this. George and Irish Lizard ran 3rd to Dick Francis on Royal Tan in 1953.

His ashes are being sent to his niece in England who will scatter them (with permission) at Becher’s Brook on the Aintree steeplechase course.