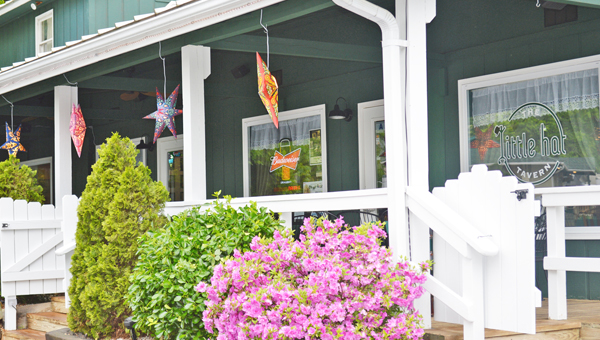 If you’re looking for a place to hang your hat and feel the comforts of home, The Little Hat Tavern in Landrum may be the perfect spot.

The newly refurbished restaurant and tavern opened on April 5 with the menu including sandwiches, wraps, hot and cold soups, chili, a turkey meatloaf, ever-changing daily specials and a full bar.

Mike Devito and Hat Sidor-Devito came from Florida a few months ago and had actually planned on moving to Hendersonville. The couple stopped off the interstate and made their way to Tryon where they stopped to eat.

“This is it,” Hat told Mike. She told him to start looking for a house the area reminded her of where she grew up with winding roads and no fast foods.

“The people here have been very warm and welcoming to Hat and I,” Mike said. “We felt at home instantly.”

Mike is the chef at Little Hat and has been cooking his whole life, beginning as a child working in a small kitchen with his mother. He has travelled all over the country he said as a chef and has learned many culinary backgrounds.