Papa’s in the house in Landrum 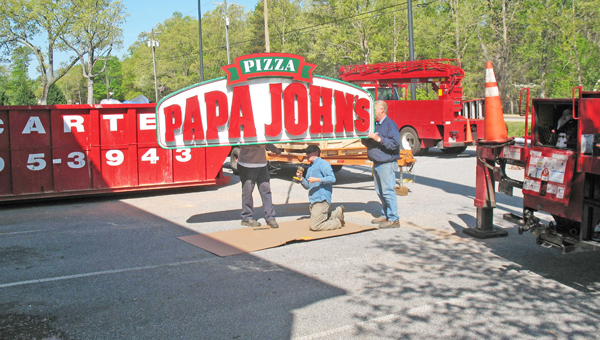 On the morning of April 22, Eckstein Signs of Spartanburg were unloading and unpacking the new Papa John’s sign with a huge crane to put it in place. Papa John’s plans to open soon at the former Blockbuster buidling along East Rutherford St. in Landrum. (photo submitted by Anne Regan)