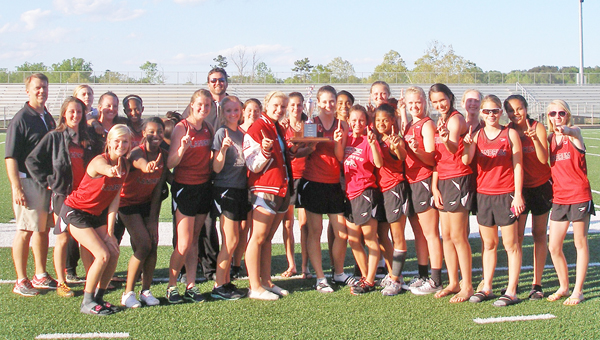 Having long been a 1A Region track and field powerhouse, the step up to 2A competition was expected to be much more challenging.

The Landrum girls team racked up 190.5 points to out distance runner-up Pendleton with 161.5.  Crescent came in third with 55 points, followed by Carolina with 50, Powdersville with 48, Chesnee with 47, Blacksburg with 46 and host Liberty with 43.

Landrum’s Head Girls Coach John Sparks said, “I couldn’t be more proud of how these girls performed in the region championship.  They exceeded my expectations and show how determined they were by what they accomplished.”