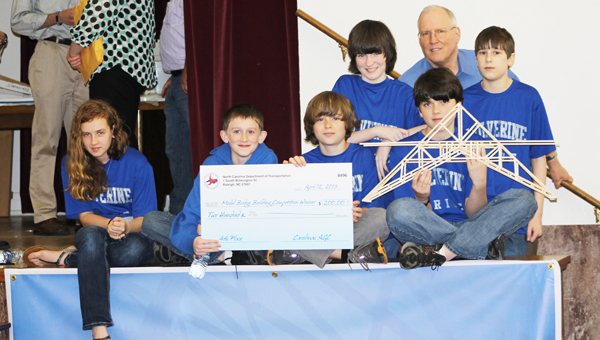 The team qualified for the finals by winning the N.C. Western Regional in Morganton, N.C. back in March.

For the competition, the PCMS Model Bridge team constructed a balsa wood bridge using the specifications provided by the NCDOT, wrote a report on the history of bridge building, drew a full scale blue print of their bridge and gave an oral presentation explaining the merits of the bridge the team entered in the competition.

The PCMS bridge team won $200 for their fourth-place finish.

The money will be used to purchase materials for next year’s bridge team.