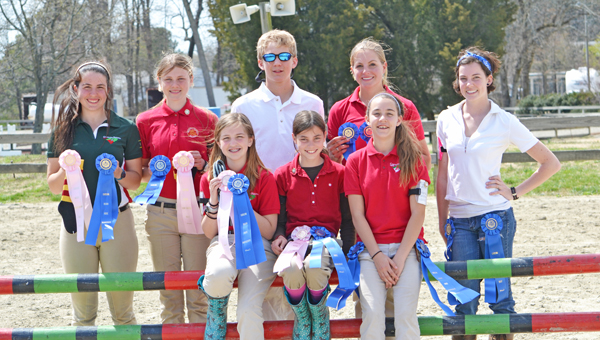 The Greenville Foothills Pony Club sent two teams to compete at the Carolina Region Pony Club showjumping rally on the weekend of April 5-7 in Greensboro, N.C.

In pony club competitions, teams are scored based on the riding events as well as horse management, where they are judged throughout the rally on the cleanliness of their horses, barn areas and safe practices used while handling their horses.