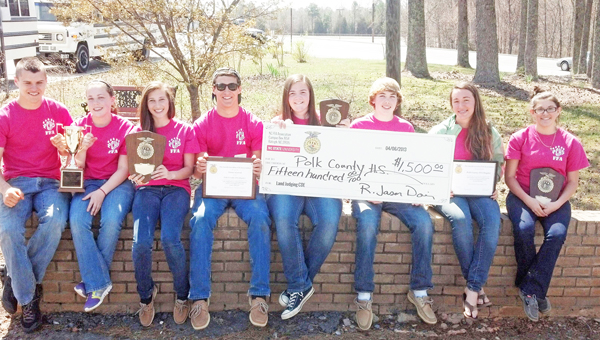 Just by looking at a hole in the ground they can tell you if the land’s texture is loamy, if it’s structure is granular or if there exists a potential for poor drainage.

“We didn’t get to go to Oklahoma [nationals] last year so we made it our goal to get there this year,” said junior Caley Modlin, who was also on the senior team last year.

“Mr. Barber had a lot of confidence in us … so we didn’t want to let him down,” junior Mackenzie McCool added.

And they didn’t, the team heads to the national competition April 30 to May 2.

Teacher Chauncey Barber said Polk County’s support of its students, whether it’s in agriculture, sports or art, bolsters what the students are able to achieve.

“Richard Smith deserves a lot of credit for building the program up. I think there has always been a tradition in land judging and I think tradition breeds success,” Barber said.

PCHS has sent five teams to nationals since Barber began teaching with the program in 2001. He said seven other teams made it to the top level before that under Smith.

Barber said this is the youngest  PCHS team – two sophomores and two juniors – that has ever made it to nationals. He said having some of the older students like senior Shalyn Brown come back to mentor the students further helps the program grow and excel. 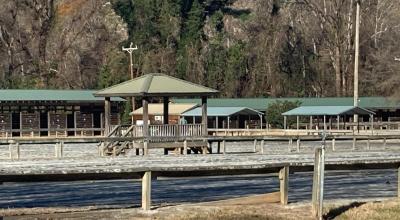