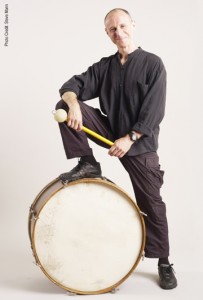 At right: Billy Jonas, a singer/songwriter, percussionist, and multi-instrumentalist, performing at TFAC May 12 at 3 p.m.

Jonas is a singer/songwriter, percussionist, and multi-instrumentalist, known for recycling “found objects” into instruments and encouraging his audiences of all ages to discover their inherent musical abilities.

A resident of Asheville, N.C., Billy has developed a national following through his seven albums, a PBS special, and two decades of touring as a solo performer and as leader of the Billy Jonas Band.

Jonas’ recordings have brought him Gold awards from the American Federation of Independent Musicians as well as Parents’ Choice Awards and a New York Times “Best for Kids” listing.

Aoki Landscaping is the sponsor for this presentation in the Tryon Fine Arts Center Family Series.

Tickets priced with family budgets in mind are available now at the box office by calling 828-859-8322 and online at www.tryonarts.org .