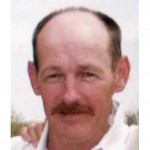 Clay was the son of Bernice Marie Moore Nelon of Rutherfordton and the late Dana Jerry Nelon.

Services will be held on Thursday, April 11 at Crowe’s Mortuary at 2 p.m., with the Reverend Jerry Jackson, and Shane Jackson officiating.

The family will receive friends one hour prior to the service. Burial will take place at Cane Creek Missionary Baptist Church in Lake Lure NC.

Online condolences may be made at www.crowemortuary.com.