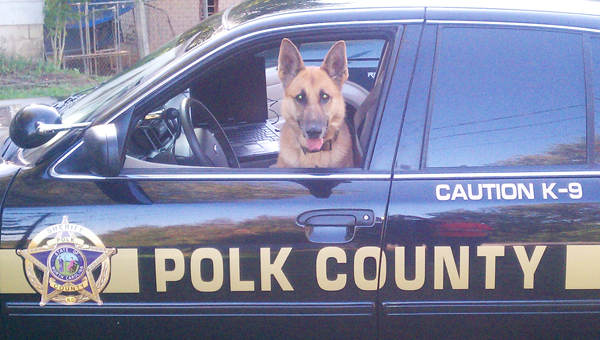 The Polk County Sheriff’s Office is mourning the sudden passing of their K-9 Trixie, a 10-year old German Shepherd. 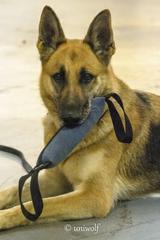 Trixie came to the Polk County Sheriff’s Office last year and was assigned to handler Ronnie Russell. She passed away suddenly on March 15 after seeming to be very healthy and vibrant and still working on a daily basis.

Her unexpected death is suspected to have been from cancer, according to sheriff’s officers.

Trixie was trained in narcotics and article searches. Trixie was donated to the Polk sheriff’s office and in her one year of service there she received national certifications with the North American Police Work Dog Association and the National Narcotic Detector Dog Association.

Trixie was credited with seizing approximately $35,000 in drug seizures during her Polk County career.

“She will be greatly missed by officers with the sheriff’s office and by many children she visited at the local schools as an educational tool,” said Polk County Sheriff Donald Hill.

The sheriff said he hopes to raise enough money from donations and fundraisers to find another K-9 in the near future. Trixie was one of two K-9s at the sheriff’s office.

Hill also said he is grateful for the calls and support from the community in support of Deputy Russell during this difficult time and who have asked how they can help in the sheriff’s office’s fundraising goals.

A memorial service will be held for Trixie on Wednesday, March 27 at 1 p.m. at the Gazebo in Stearns Park in Columbus.