At Slow Food Foothills (SFF), we prefer empowerment and educated choices for food consumers in our community.
We work to build connections to our local, sustainable farmers so that dependence on a global food distribution system can decrease and local community and economic health can increase.
Controversy over genetically modified foods has finally reached major news outlets and headlines. It has us looking for a greater understanding on how to protect our right to choose non-GMO products for ourselves and our children. We believe learning more about what’s being done to our food, to our seeds, to our sovereign rights to grow our own right behind our eyes is important.
On Sunday, March 24, beginning at 4:30 p.m. at Open Road Coffeehouse in Tryon, we will be running a movie from our personal DVD library called Genetic Roulette, a production of the Institute for Responsible Technology.
The GMO-free and labeling movements are active and determined to retake control of the global food system. SFF is screening a movie to explain the issues at hand. “Genetic Roulette” exposes never-before-seen evidence that points to genetically engineered foods as a major contributor to disease in people, pets, livestock and lab animals eating genetically modified soybeans and corn.”
Our gathering will include a coffeehouse-themed potluck and follows the tradition of our regular monthly potlucks: bring a coffeehouse-themed snack or dessert to share and your own place settings.
Some coffehouse-themed food ideas include: desserts, tea sandwiches, breads, nuts, cheeses, savory and sweet baked goods, bacon and eggs, pies and biscotti.  Stan Yoder, proprietor, and his team will be open for beverage business with a creative coffee and tea drink menu and fruit smoothies, too. In addition, we are asking folks to bring an example of a GMO food and a non-GMO food for the demonstration table.
The New York Times broke good news last week about the country’s first chain food store requiring all GMO foods they sell to be labeled by the manufacturer.  Journalist Stephanie Strom wrote, A. C. Gallo, president of Whole Foods, said the new labeling requirement, to be in place within five years, came in response to consumer demand.
Genetically modified ingredients are deeply embedded in the global food supply, having proliferated since the 1990s. Most of the corn and soybeans grown in the United States, for example, have been genetically modified. The alterations make soybeans resistant to an herbicide used in weed control, and causes the corn to produce its own insecticide. Efforts are under way to produce a genetically altered apple that will spoil less quickly, as well as genetically altered salmon that will grow faster. The announcement ricocheted around the food industry and excited proponents of labeling. “Fantastic,” said Mark Kastel, co-director of the Cornucopia Institute, an organic advocacy group that favors labeling.
Louis Finkel, executive director of the Grocery Manufacturers Association, opposes the move and noted that the Food and Drug Administration, as well as regulatory and scientific bodies including the World Health Organization and the American Medical Association, had deemed genetically modified products safe. Come see the movie and hear a slow food discussion around GMO’s in our food supply and what you can do locally to avoid them.
Save the date, Sunday, March 24, for a movie and coffeehouse potluck at Open Road Coffeehouse Hwy. 176 N Tryon, NC 4:30-7 p.m. (movie begins at 5 p.m.) 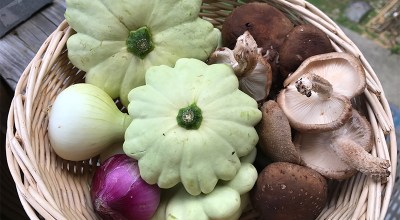 In Good Taste: 10 things fathers can teach their children about food

In Good Taste: Meal ideas for that leftover artisan bread