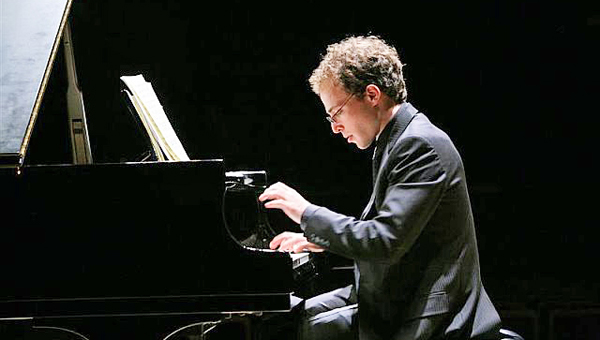 For the final concert of the 2012-2013 season the Tryon Concert Association will present pianist Orion Weiss on March 21 at 8 p.m. at the Tryon Fine Arts Center.

Mr. Weiss began his musical studies as a young boy at the Pre-College Program of the Cleveland Institute of Music. From there he entered the Juilliard School where he studied with Emanuel Ax. After graduating in 2004 he has had an exciting career performing with major American orchestras as well as orchestras abroad. During this season he has appeared with the Baltimore Symphony, New World Symphony, Tucson Symphony, Richmond Symphony, Hong Kong Chamber Festival and the Ravinia Festival.

Weiss was named the Classical Recording Foundation’s Young Artist of the Year in September 2010. He recordings include an album of Dvorak, Prokofiev and Bartok and he has also spearheaded a recording project of the complete Gershwin works for piano and orchestra in conjunction with the Buffalo Philharmonic and conductor JoAnn Falletta.

He performs regularly with chamber music ensembles including his wife, pianist Anna Polonsky, violinist James Ehnes, and cellist Zuill Bailey as well as other groups. His list of awards is long including the Gilmore Young Artist Award, an Avery Fisher Career Grant, the Gina Bachauer Scholarship at the Juilliard School and the Mieczyslaw Munz Scholarship.

The concert series is by subscription. For information call 828-859-6065 or write Tryon Concert Association, P.O. Box 32, Tryon NC 28782. For information about the season visit our website: TryonConcerts.com.