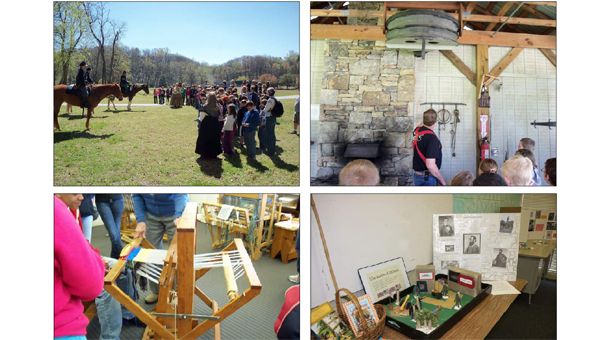 This year is the fifth annual celebration of the Harmon Field Heritage Days, with local students scheduled to visit the reenactment site on Thursday and Friday for Educational Days. Saturday and Sunday the camp is open to the public.

One of the highlights of the weekend will be a visit by Abraham Lincoln to the camp. Chester Damron, nominated as the best Abraham Lincoln impersonator in 2006, will be on hand to celebrate the fifth annual event.

Tryon Arts and Crafts will join us again this year during Educational Days on Thursday and Friday, March 21 and 22, to give the students a hands-on experience of crafts during the Civil War era.

Leading out the weekend is the 2nd North Carolina Mounted Infantry. Several other Civil War units will join them to portray life as it was during the Civil War. There will be a lot of artillery fire, including two cannons, as the soldiers drill and have skirmishes throughout the weekend.

Harmon Field lies very close by, if not on, the route used by Union forces during “Stoneman’s Last Raid,” when more than 5,000 mounted troops, artillery, infantry and wagons moved across Polk County from Rutherfordton, and then north through Howard Gap. Groups of armed troops were sent out from the main body throughout the countryside, while the army pushed toward Asheville, and eventually Tennessee.  The war was almost over, but whenever the two sides met, fights occurred.