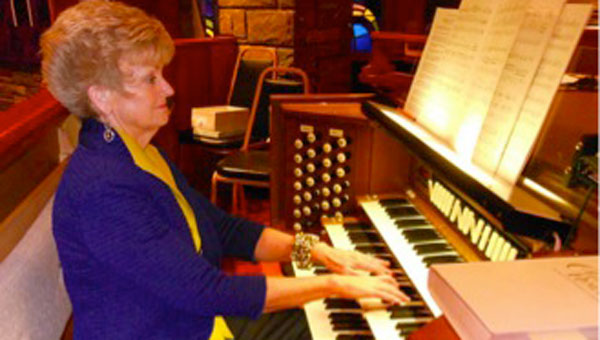 FMC member Nancy Walburn, organist for Good Shepherd Episcopal Church. She will perform All Hail the Power of Jesus’ Name by Lyndell Leatherman.

The community may be delighted to know that many local churches will be represented by their talented organists.

The recital will be held in the sanctuary of Tryon Presbyterian Church, 430 Harmon Field Road in Tryon.

Other musicians not mentioned here and
their performances that day will be:

Diane Pickens – The Peace May Be Exchanged, from Dan Locklair’s, RUBRICS