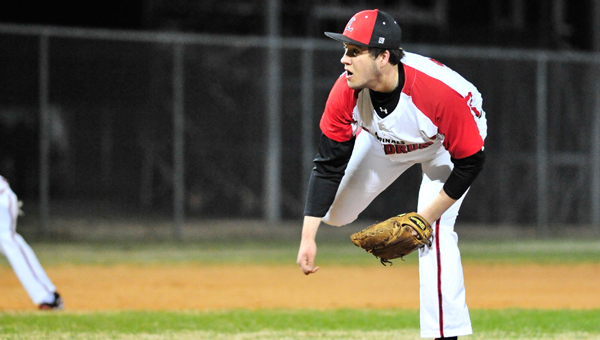 Landrum starting pitcher Ty Pittman on the mound in the Cardinal’s game against Broome. (photo by Mark Schmerling)

High school baseball players who spend a season or two together often gain a collective strength that wins games. Last Thursday, March 7 a young Landrum team that had only played together twice, couldn’t quite get it together, as visiting Broome claimed a 10-0 win after five chilly innings.

Tuesday’s scheduled home opener against Carolina was postponed by rain.

In a contest where fielders on both teams juggled the ball, and the ball hardly jumped off the bats, Broome scored three in the first, and added seven in the third, to prove the theory that the team which makes fewer mistakes usually scores more runs.

“It’s just not any fun when it’s like that,” remarked Cardinals’ head coach Ray McCallister, referring to the cold, “especially when you’re getting your fanny whipped.”

With McCallister’s squad boasting just two seniors (just one returning senior), the good news should be that this team will just get better with more experience.  While acknowledging that, McCallister added, “I’m not a very patient person when it comes to things like that.”

Thursday’s contest certainly tried McCallister’s patience. Broome had two on base in the top of the first, when a misjudged fly ball to right field bounced just short of the fence for a two-run triple. A pitch skipping away from the plate allowed the third run to score.

Cardinals’ starter Ty Pittman threw 80 pitches in less than three full innings, but got little support in the field and from his teammates’ bats, as Landrum banged out jut two hits. 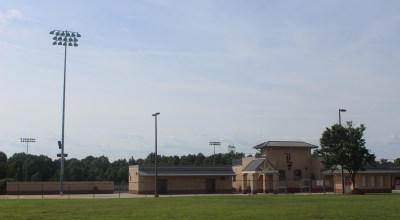