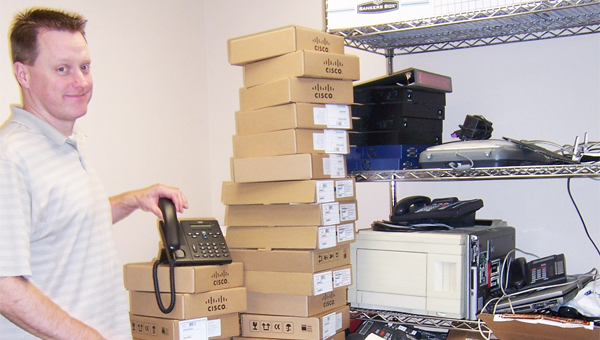 Hospice of the Carolina Foothills’ Columbus center has a new phone system, and just in the nick of time.

“We’ve been ‘making do’ with old equipment since the Hospice House opened in 2009,” said Tim Daniels, the staff member who oversees 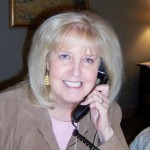 the organization’s Information Technology (IT).

With the help of The Polk County Community Foundation, Timken Foundation and a few other sources, Daniels has supervised the installation of this new system.

“And it happened just in time,” adds Daniels, “since our existing system, with no warning, suddenly stopped accepting voicemail of any kind.”

When the Hospice House was built in 2009, a new telephone system had to be chosen because Nortel (the system in Columbus) was out of business. A CISCO phone system was installed with the intent of converting the entire organization’s communication system within 18 months.

However, economic issues dictated that the project be postponed.

In 2011, it became evident that the conversion had to be moved to the top of the list. Patients’ family members would call the Columbus office, trying to reach someone at the Hospice House, and because the two systems couldn’t talk to each other, the caller couldn’t be transferred. Family members, physicians, friends or anyone would have to hang up and dial the phone number at the Hospice House.  It happened quite often that all the lines at the Hospice House would get tied up, causing other callers to get a busy signal.