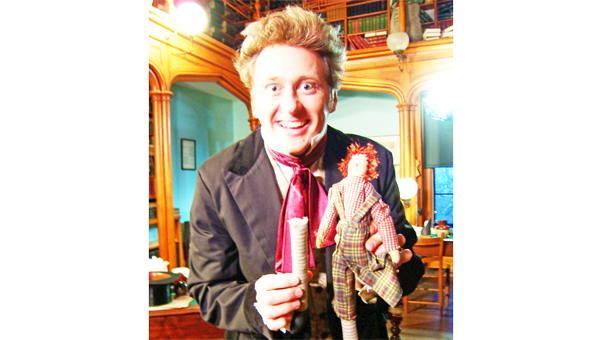 David zum Brunnen will play Charles Dicking in the touring production of “The Night Before Christmas Carol” on Sunday, Dec. 16 at 3 p,m. at TFAC. (photo submitted)

Charles Dickens will appear on the Main Stage at Tryon Fine Arts Center (TFAC) played by actor David zum Brunnen in the touring production of “The Night Before Christmas Carol” on Sunday, Dec. 16 at 3 p,m.

History, humor and the holiday come to life as zum Brunnen portrays Charles Dickens and 17 other familiar characters, giving personal, social and historical context to the ghostly classic, A Christmas Carol.

This production, described as “…a theatrical daring-do” by the Cape May NJ Star, has toured throughout the United States and is broadcast annually on national public television. The Star goes on to say, “…David zum Brunnen…is lively, physical and energetic…I can think of no better way to get into the holiday spirit.”