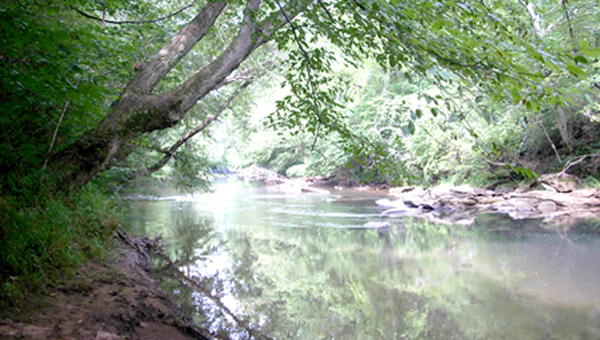 The Marjorie M. and Lawrence R. Bradley Nature Preserve at Alexander’s Ford will be officially opened to the public tomorrow, Oct. 5 during a ceremony that begins at 3 p.m.
The opening ceremony will be held at the entrance of the preserve near the Gray’s Chapel (see directions).
Polk County has worked for years on acquiring and improving the approximately 163-acre historic property. Friday’s activities to celebrate the opening will include an invocation, presentation of the colors and singing of the national anthem by Karen Lawrence. Alexander’s Ford Project Manager Ambrose Mills will then give an introduction, which will be followed by speeches by Paul Carson with the National Park Service, Polk County Board of Commissioners Chair Ray Gasperson and Elizabeth Nager, president/CEO of the Marjorie M. and Lawrence R. Bradley Endowment Fund at the Polk County Community Foundation (PCCF).
The ceremony will end with an official ribbon cutting and a firing salute by the Overmountain Victory men.
Enhancements to the property include a picnic shelter, an improved road from the entrance, parking adjacent to the shelter, an ADA (Americans with Disabilities Act) trail (accessible only to wheelchair, pedestrian and bicycle traffic), trailside picnic tables and an improved trail to the ford on the Green River. The nature preserve will be open to the public seven days a week from dawn to dusk.