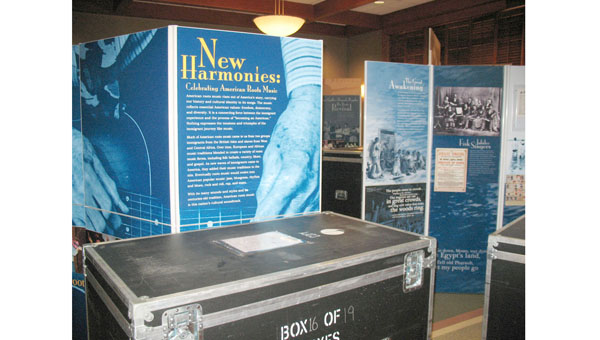 The New Harmonies exhibit partially set up at the Landrum Library. The exhibit arrived Monday in 20 large containers with pages of instructions. The library staff immediately began the daunting task of assembling the exhibit, which opens Saturday, Aug. 4. An opening reception and performance by John Fowler will be Sunday, Aug. 5 at 3:30 p.m. (photo submitted by Anne Regan)

Smithsonian traveling exhibit celebrates American roots music
“New Harmonies: Celebrating American Roots Music,” a traveling Smithsonian Institution exhibit, will open at the Landrum Library Saturday, Aug. 4 and will run through Sept. 16. While the exhibit is on display, the library will host a series of concerts, seminars and other events highlighting local performers, storytellers and experts on American roots music.

Opening event, reception
The opening event and reception will be held Sunday, Aug. 5 at 3:30 p.m. indoors at the library. It will feature John Fowler, a master harmonica player, storyteller and ballad singer. 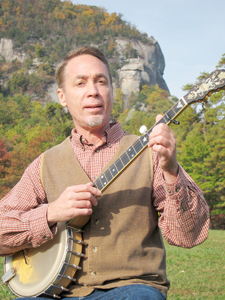 Fowler, who co-hosts a weekly old-time radio show on WNCW-FM, was born and raised in upstate South Carolina, with family ties to the western North Carolina mountains. He began strumming the guitar at the age of 8, learning tunes from family members and friends. When he reached his teens, Fowler’s musical tastes began to broaden, moving toward a more traditional “roots” approach. In his mid-20s, he began seriously collecting tunes and stories. He taught himself how to play a number of different traditional musical instruments, learning first-hand from the community that surrounded him. He continues to research, collect and document traditions of his heritage.
In 1991, Fowler was accepted for placement on the S.C. Arts Commission Roster. He also applied for and was placed on other state and community rosters throughout the southeast including Mountain Arts Program (N.C.), Children Circuit (N.C.), S.C. Touring Artist, Fairfax Arts Co. (Va.) and others.
Fowler is a member of the S.C. Institution for Community Scholars and is associated with the South Carolina Traditional Arts Network. A member of the S.C. Storytelling Network and founder of the Carolina Old-Time Music Network, he has conducted a number of field studies in folklore and has been featured on SC-ETV.
Fowler currently plays the banjo in the old-time music group the Carolina TuneCroppers. He has competed and won a number of old-time music contest over the years. He placed first at the Mountain Dance Folk Festival in the Old Time Banjo contest, and won two blue ribbons in the old-time harmonica competition at Fiddler’s Grove Bluegrass & Old Time Music Festival. In 2004 he placed first in the Old-Time Banjo category at the Pickens County Heritage Festival and has won a number of open competitions as well.

The exhibit
The New Harmonies exhibit explores the distinct cultural identities of American roots music through a selection of photographs, recordings, instruments, lyrics and artist profiles. Roots music is defined as music that has grown out of older folk traditions, evolving over time from Anglo-European, Native American and West African cultures to include diverse immigrant groups. The exhibit will be open during regular library hours.
Lee Morgan, director of the Landrum Library, began working on bringing New Harmonies to Landrum in 2010. In the fall of 2011, she learned that Landrum had been chosen as one of the 12 host sites in 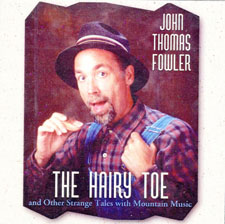 Cover of a CD by John Fowler. (source: www.hairytoeproductions.com)

‘Arthritis – No bones about it!’