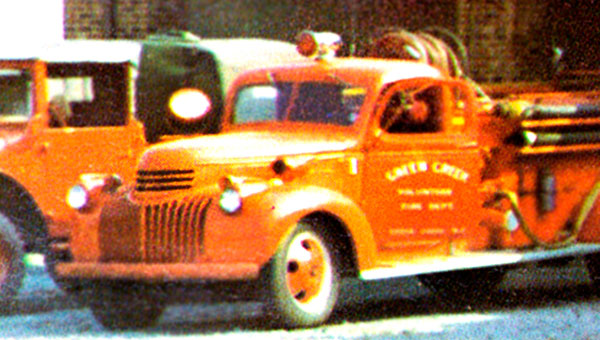 GCVFD officials said they want to have the truck running by the annual Green Creek Heritage Day festival in September.

Former fire chief William Page said, “I would love to drive it in the parade.”

The is a 1942 Chevrolet fire engine – the first truck the department bought when it was founded in 1964. The department purchased the truck from a fire department in Crossnore, N.C. and used the engine until the 1980s. At that time the truck was retired and sold to Preston White.

The antique fire engine has been a project for the fire department’s new administration, including new fire chief Michael “Cowboy” Herman, who were elected in July 2011.

The department has since worked to receive grants to cover a portion of this restoration. The fire department wishes to raise $2-3,000 for the truck.

The old fire engine needs some engine and electrical work, as well as a fresh paint job before it is fully restored. Reggie Brown will do the engine work and Reid’s Body Shop will give the truck a fresh original paint job.

This Saturday’s benefit supper will offer hot dog plates, which will include one hot dog with fixings, chips, desert and a drink. A cake raffle will also be going on with the sale of original Krispy Kreme glazed doughnuts.

The department also runs a substation located on Chesnee Road, which houses four other fire trucks.