Landrum Cardinals out of state playoffs 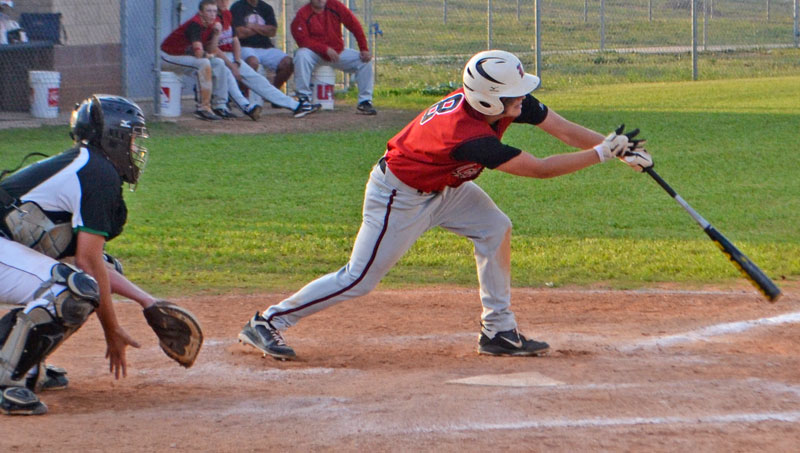 Jon Humphries connects for a hit in Landrum's loss against Dixie. (photo by Joey Millwood)

The Cardinals lost a shootout to Dixie to 17-12 and were eliminated from the state playoffs.

Landrum’s five seniors lined up on the outfield foul line and somberly the players that will return next year lined up shaking their hands and giving them hugs. 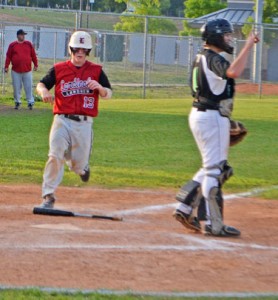 The tradition was scarred by the tough loss. The Hornets will move on to play Chesterfield on Wednesday night for the District Championship.

“That’s what I hate about it,” Landrum Head Coach Ray McCallister said. “The seniors don’t get to go out on a winning note.”

Instead, the game entailed a “who’s going to score last mentality.” The teams went back and forth with their turn at the plate. For the Cardinals, the pitchers held the Hornets in check in all but two innings. Dixie scored 14 of its runs in two innings. The Hornets seven runs each in the second and fourth innings.

“Just like the whole season has gone, we were our own worst enemy,” McCallister said.

The Hornets had eight walks and three different errors allowed runs to cross the plate or runners to advance.

“We didn’t make plays when we should have,” McCallister said.

Despite the loss, McCallister saw a big change in his team from start to finish this season.

“We came a long way this year,” he said.