Cupcakes for a Cure at Tryon Elementary 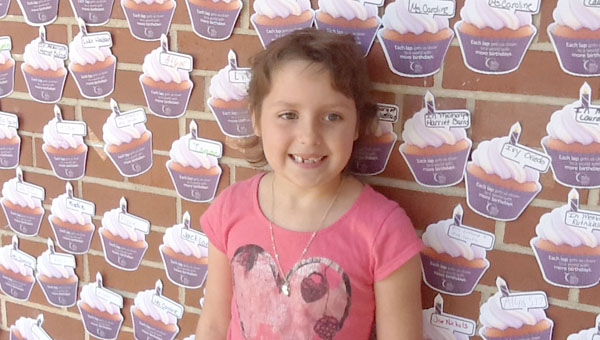 Tryon Elementary student Brittany Hall, who has leukemia, stands outside her classroom beside paper cupcakes representing donations to Relay for Life of Polk County. Many classes gave their cupcakes and donated money to Hall’s class because of Hall’s experience with cancer. (photo submitted by Debbie Buchanan)

Tryon Elementary School recently raised money for Relay for Life of Polk County through a week of “cupcake wars.” Students were invited to donate $1 for a paper cupcake cutout to honor or remember someone who fought cancer. The cupcakes were placed outside each classroom so everyone could see the progress being made. At the end of the week, the class with the most cupcakes would win a real cupcake party.
This project grew from a Relay fundraiser to a bonding experience for the entire school when a Tryon Elementary School teacher offered to match all the money her students donated and a student in the fifth grade donated $45 of her own money that she said she had been saving for college.
Then, on the last day of the challenge, many classes decided to give their cupcakes and the money they had donated to the class of a student who has leukemia. They said they wanted Brittany Hall’s class to win the cupcake party because of her experience with cancer. Teachers and staff said it was a moving sight, watching class after class take their cupcake cutouts and place them on the wall outside Hall’s classroom.
In the end, more than $930 was raised to benefit Relay for Life of Polk County and two classes won cupcake parties: Mrs. Sharpe’s fifth graders and Ms. Constance’s second graders. However, the whole school was declared to be winners and received mini cupcakes, donated by Bi-Lo and the PTA.
Relay for Life will be held on Friday, June 1 at Polk Middle starting at 6 p.m. Everyone is invited to attend.
– article submitted by Debbie Buchanan 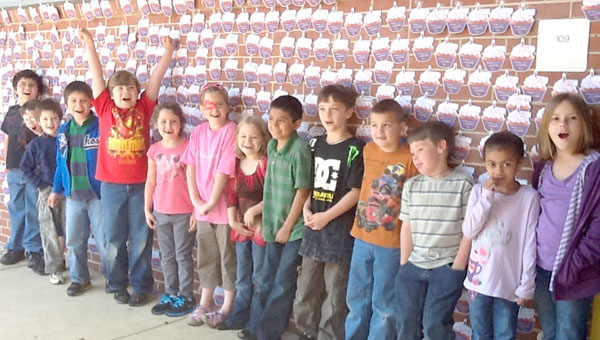 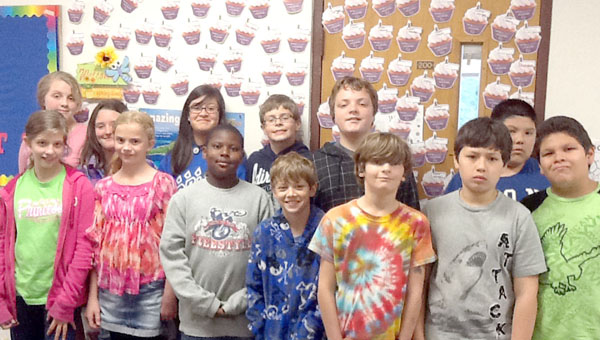