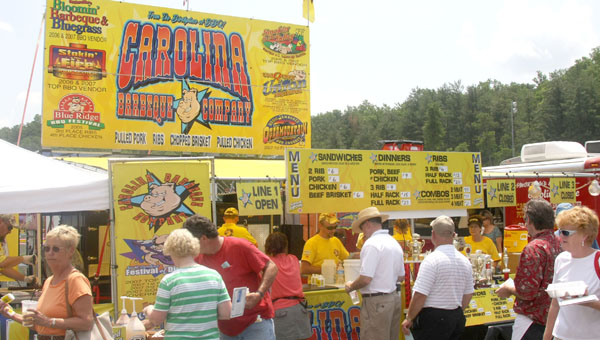 Festival-goers line up for food from one of the vendors at last year’s Blue Ridge BBQ and Music Festival. This year’s event will be held June 8-9 at Harmon Field in Tryon. (photo by Leah Justice)