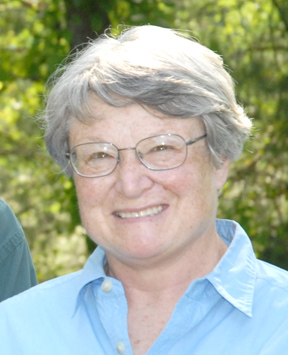 Candidate biographies
Renée McDermott
I’ve served Polk County as a commissioner since 2008. I’m seeking another term so I can continue the progress and good work Ray Gasperson, Cindy Walker and I have accomplished over the last four years.
As a commissioner, I’ve served on the Appearance Commission, Department of Social Services Board, Region C Aging Advisory Board, Home and Community Care Block Grant Committee and Unified Development Ordinance Committee.
Before becoming a commissioner, I served Polk County on the Land Use Planning Committee, the Groundwater Sustainability Project and the Ridgetop and Mountain Preservation Group. I’m a past president of the Pacolet Area Conservancy and wrote conservation easements for PAC.  I’ve served on the board of the Polk County Community Foundation and on its distribution and education committees and served as a Master Gardener volunteer.
I’m an experienced county attorney, having served in that position for five years. I worked as an environmental attorney for 25 years, having graduated from the Indiana University-Bloomington School of law magna cum laude and having been editor-in-chief of the Indiana Law Journal.
I’m a former teacher of math and science at the middle school level and of high school English and journalism. I was given the Martha Holden Jennings Award for Excellence in Teaching. I earned a bachelor’s degree in English and journalism and a master’s degree in math and science education.
I’m running for re-election because I love Polk County. I have no agenda except to serve Polk County to the very best of my ability. I do not have any ideological fixation and I do not seek to secure any political advantage or grant “special favors to special people.”
I seek to keep taxes low, to keep Polk County rural and to preserve Polk County’s scenic mountain beauty and precious natural resources.
Rickie McFalls 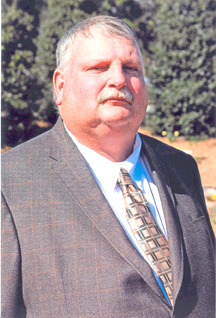 I, Rickie McFalls, was born on Sept. 11, 1956 at St. Luke’s Hospital, and have lived on Peniel Road just outside of Columbus my entire life. I have two sisters, Lori Waldrop of Taylers, S.C. and Lisa Brown of Green Creek; and a brother, Donnie McFalls, also living on Peniel Road.
I graduated from Polk Central High School and started my employment at Southern Mercerizing in Tryon. I later worked for Milliken’s Hatch Mill in Columbus, Milliken Chemical in Inman, S.C. and Michelin Tire Corporation in Spartanburg, S.C. where I worked for 23 years before retiring.
I married Renée McCoy on Feb. 4, 1977, and we have two children, Blaine McFalls of Charlotte, N.C. and Wendy Yellen of Columbus. I also have two grandchildren, Madison, who is 10 years old, and Cayden, who is 2 years old.
My wife and I are active members of Midway Baptist Church in Columbus.
I have a passion for my community and helping others. My wife and I have previously been the owners and operators of a business serving Columbus and surrounding communities for 22 years. During the course of this 22 years, the business expanded to four other locations within North Carolina. I served as a volunteer fireman in Columbus for 20 years before retiring.
During my 20 years of service I proudly held several offices including safety officer, lieutenant and captain. Even though I am retired I am still involved by currently serving on the fire tax board for Columbus township. I also serve my community as a Shriner and a member of the Masonic Lodge.
I have enjoyed my 55 years as a citizen of Polk County where I have made many great friends. I am very proud to be a resident of the Columbus community and of Polk County.