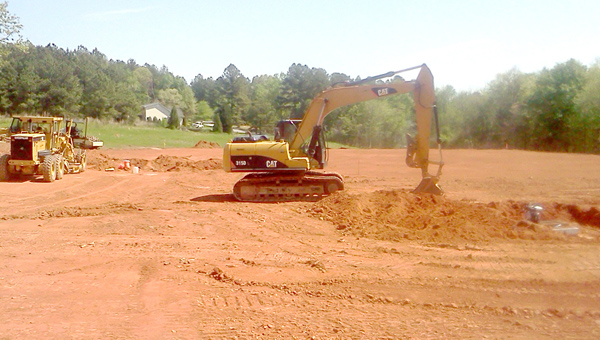 Site preparation is under way for a new Dollar General store on Hwy. 9 in Green Creek, between the site of the former Crossroads Restaurant and the Peniel Road intersection. (photo by Leah Justice)