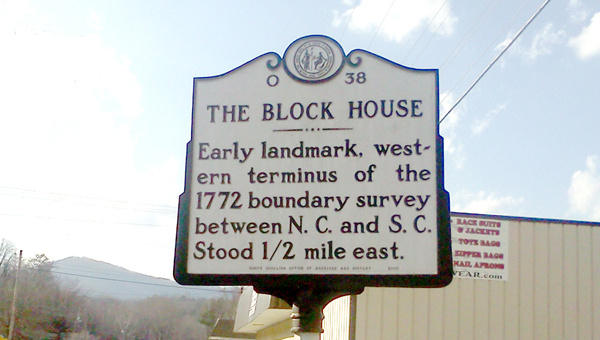 The resurveying of the N.C./S.C border may not affect the area much as a whole, but for one resident the change could be major. 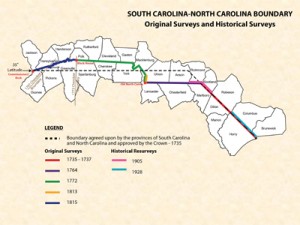 Fred Berlinger, who lives on Jackson Grove Road and has been a North Carolina resident for 15 years, is facing the possibility of being a South Carolina resident.
Polk County Manager Ryan Whitson and commissioner Renée McDermott told the Polk County Board of Commissioners Monday, Feb. 20 about a state border commission meeting they attended in Rock Hill, S.C.
The states of North and South Carolina have created the N.C.-S.C. State Boundary Commission, which is re-establishing the state line that was originally surveyed in the 1700s and has been re-surveyed several times, but without permanent markers.
Other counties throughout the states, such as Mecklenburg and Union counties, have many properties that could change state residency, Whitson said. In Polk County, however, the new line may affect only five properties, with Berlinger’s being the only property threatened to change residency.
Berlinger said he wants to continue to be a North Carolina resident, especially since he is 75 years old and is a practicing endocrinologist.
“If I would have wanted to live in South Carolina, I would have done so 15 years ago,” said Berlinger.
Berlinger received a letter this week from the border commission that included a map that Berlinger said shows the line going through his house. He owns approximately 65 acres, with approximately 40 acres in North Carolina and the rest in South Carolina.
He said he is hoping because the line goes through his residence that he will be able to choose which state he resides in. 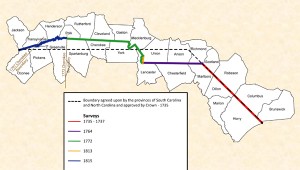 Berlinger also said there’s a stone on his property with a line chipped in it indicating the state line that he is sure the surveyors did not see. 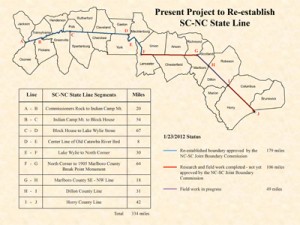 He said it would be a burden on him and others across the state to change residency, with new driver’s licenses and taxes and for him the possibility of having to gain a South Carolina license to practice medicine. He works at the Rutherford County Community Clinic.
“I think the government is supposed to help their citizens, not hassle them and waste taxpayer money while doing it,” said Berlinger.
Berlinger has sent a letter to the commission in hopes of staying in North Carolina. He said he feels the whole process is a waste of money just to move the line a few feet.
McDermott told other commissioners that one man in the Mecklenburg County area has lived and run his fireworks and gas station business for years in South Carolina. The change will mean his property is now in North Carolina, which would mean his gas taxes will increase, and fireworks are not legal in North Carolina.
Whitson suggested the border commission should include verbiage that residents who change states cannot ask for tax refunds and counties cannot ask for back taxes on the properties. McDermott credited Whitson for the suggestion, saying Whitson spotted some real difficulties that could come up with property taxes.
Whitson said the new boundary will go to the state legislation next. 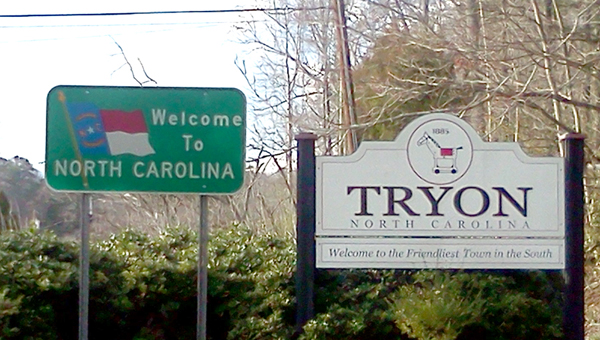 Welcome signs on Hwy. 176 at the N.C./S.C. border on the south side of Tryon. (photo by Leah Justice)