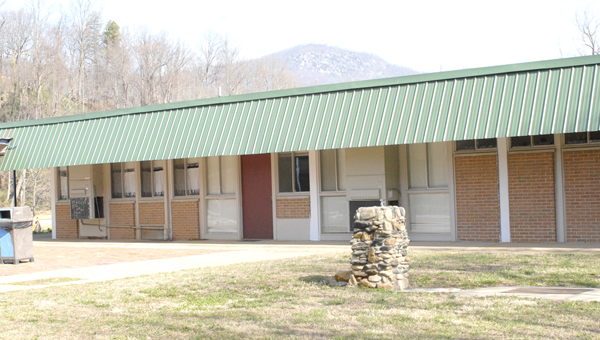 The Harmon Field community center is in need of a new roof, with an initial bid coming in at approximately $40,000.
Tryon Town Council met Tuesday, Feb. 21 and heard an update on the roof condition from Harmon Field Parks and Recreation Supervisor George Alley.
Alley first asked council what the town’s long-term plan is for the community center. About two years ago council considered selling the building, saying at the time future needed improvements would be costly.
Council told Alley that the town has since said it was keeping the building and a capital improvement plan should be developed.
Alley said he’s received one bid to replace the roof from EnviroShield at $39,695. EnviroShield also replaced the roof at Harmon Field’s open-air gym.
The open air gym roof was replaced using funds from a few sources, including 1/3 from the town, 1/3 from Polk County and another 1/3 from grants and donations.
There are request for proposals out to three other roofing companies, Alley said.
Harmon Field should be able to come up with approximately $13,000 for a new roof at the community center, according to Alley.
Councilmen Roy Miller and Doug Arbogast suggested getting estimates for an A-frame roof with a slant to go over the current flat roof. Alley said he looked into that option for the open-air gym roof and costs came back about 50 percent higher.
Councilman George Baker added that it’s not unusual for flat roofs to be redesigned.
Miller suggested Harmon Field put together a 10-year capital improvement plan for the building.
“We’re basically tackling things as they come up,” said Miller. “We need a capital improvement plan for that building.”
Alley said moisture is getting through the subroof at the community center building and into the ceiling. He said there’s no structural damage yet, but the roof consistently leaks in the northeast corner and around one raised window.
Patchwork repairs were done to the roof in 2008, 2010 and 2011, Alley said.
Council directed Alley to seek other bids on roof alternatives and in the meantime ask Polk County to help with funding the roof.