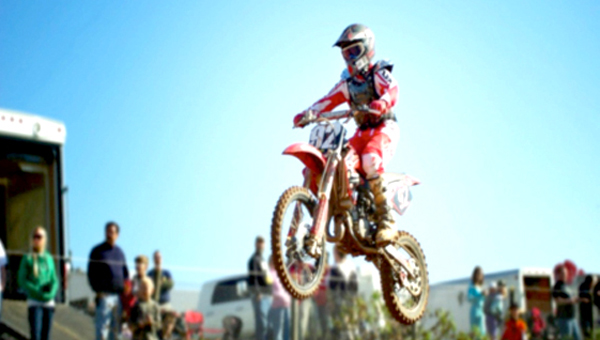 Troy Lieberman of Green Creek finished fourth in his first season of dirt bike racing in the “Hare Scramblers” with Mideast Racing in the 85cc class. (photo submitted by Tracie Hanson) 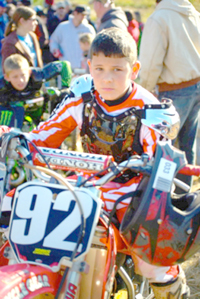 Troy Lieberman on his dirt bike at a “Hare Scramblers” race with Mideast Racing in the 85cc class. (photo submitted by Tracie Hanson)

Lieberman ended in fourth place after the 2011 season in the “Hare Scramblers” with Mideast Racing in the 85cc class.
The 12-year-old Polk County Middle School student, who is the son of Tracie and James Hanson, raced at a different venue each month in 2011. Each race included motocross track, forest trails, hill climbs, mud and adventure.
“Jimmy and I are very proud of him,” Tracie Hanson said. “We get just as excited as Troy does to go to a race. We are running through the woods and around the track to cheer him on. It’s always a great day to see him go!”
Lieberman’s performance in the 2011 season earned him a sponsorship from Jason Ilardo of California for the 2012 season, which kicked off for Lieberman in Laurinsburg, S.C. over the weekend of Feb. 18-19.