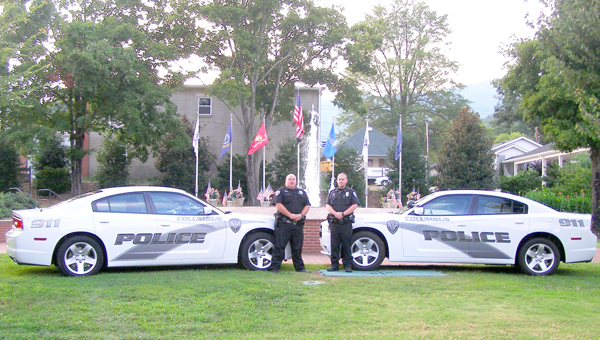 The Town of Columbus recently announced that its police department and veteran’s memorial park are featured in the Governor’s Highway Safety Program (GHSP) calendar for 2012.
“This is an exciting opportunity for the Town of Columbus to be featured in this publication that will be distributed to all law enforcement agencies and many other government entities across the state,” Columbus Police Chief Chris Beddingfield said. “For the entire month of March anyone who views the calendar will be viewing the Town of Columbus, Columbus Police Department and Columbus Veteran’s Park.”
Any agency that participates in the GHSP may submit photographs to be considered for the yearly calendar. The photographs are chosen based on the submitting agency’s professionalism, appearance and level of participation in GHSP events.
“To be chosen as one of the top 14 photographs submitted is a tremendous honor,” Beddingfield said.
Currently the Columbus Police Department has two active grants with Bike Safe North Carolina and a traffic safety and enforcement position.  Columbus has been a 100-percent participating and reporting agency of the GHSP since 2010.
– article submitted by the Columbus Police Department