The Spartanburg County Sheriff’s Office has arrested a Campobello man on charges of committing or attempting a lewd act upon a child under 16 years old. 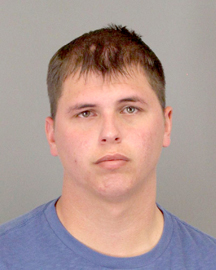 On Jan. 11, a complainant filed a report with the sheriff’s office in regard to what she believed was illegal physical contact of a sexual nature on her minor aged daughter (12-13 years old) by James Edward McMakin, of 119 Barnett Road in Campobello.
According to the sheriff’s office, an investigator assigned to the sheriff’s office Special Victims Unit conducted an investigation into these allegations. The results of this investigation were presented to a Spartanburg County judge, who issued a warrant for the arrest of McMakin on one count of sex/lewd act, committing or attempting a lewd act upon a child under 16 years old.
McMakin has been arrested and is currently in the Spartanburg County Sheriff’s Office Detention Center, where as of Friday, Feb. 3 he as awaiting a bond hearing at a time to be set by the court.
– article submitted
by the Spartanburg County Sheriff’s Office