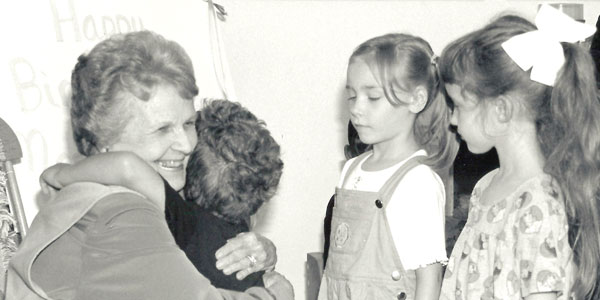 Margaret Louise Forbes, local champion of education and philanthropy, passed away on Aug. 12, 2011 at the age of 96. Margaret lived in Polk County for more than 40 years.

Margaret dedicated herself to serving her community through generous charitable giving, volunteering and tireless work, to expand educational opportunities for children and students.

Born May 9, 1915 in Flint, Mich., Margaret was the only child of Bernice and Harvey Dodds. Margaret and her family spent the summers on Lake Long, Mich., where she became a strong swimmer. She attended Central High in Michigan, playing the lead in many plays before graduating in 1933. 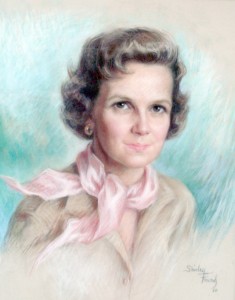 She went on to the University of Michigan, where she excelled in history and music, and was a classical pianist with her own studio on campus. She was a member of the Pi Beta Phi sorority, graduating in 1938, the same year she married her high school sweetheart, Stuart Forbes.

Stuart was an executive with Ethyl Gasoline Corporation. Margaret and Stuart lived in many different cities and towns across the United States. They loved to travel and made extensive trips overseas for business and pleasure. When Stuart retired in the 1970s, the couple moved to Red Fox where Stuart, an exceptional golfer, could be close to the golf course. Margaret volunteered with the St. Luke’s Auxiliary and the Green Blades Garden Club. Margaret attended the Congregational Church and Jackson’s Grove Methodist Church during her years in Polk County.

Following Stuart’s death in 1985, Margaret founded the Stuart and Margaret L. Forbes Scholarship Program at the Polk County Community Foundation. Margaret became increasingly committed to supporting organizations in the community and continually sought out opportunities to enrich children’s lives and the quality of their education. Margaret’s vision and major charitable gifts have provided extraordinary benefits to children and citizens in our community.

In 1995, Margaret purchased and donated the Duke Power building in Tryon to the school system for the Forbes Preschool Center, to be used as a full-day preschool. The Forbes preschool, with its highly successful program for children in Polk County, was dedicated by Governor James B. Hunt and served as an impetus for establishing preschool programs at every elementary school in North Carolina.

In 1998, Margaret formed the Stuart and Margaret L. Forbes Foundation, which has distributed more than $400,000 in scholarships to high school students and grants to local organizations.

In support of teachers, Margaret also endowed a scholarship fund at the N.C. Center for the Advancement of Teaching, which provides an annual week of training for the Polk County teacher of the year.

In honor of her extraordinary service, in 2003 Governor Michael F. Easley presented Margaret Forbes with the Order of the Long Leaf Pine, among North Carolina’s most prestigious awards, which recognizes “special confidence in the integrity, learning and zeal” of its recipients, which have included Maya Angelou, Billy Graham, Michael Jordan and Charles Kuralt.

Margaret has demonstrated what we can do when we open our heart. To celebrate her life and to honor her memory, touch the life of a child with a kind act, embrace community.

A memorial service will be held Friday, Aug. 19 at 11 a.m. in the Congregational Church on Melrose Avenue in Tryon.