Robert L. Shuford III, 71, of Columbus passed away after declining health Aug. 1, 2011 at St. Luke’s Hospital.
Born in 1939, he was the son of the late Robert and Helen Shuford Jr. 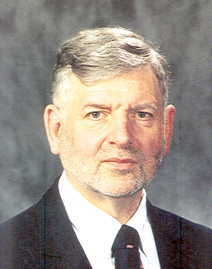 Robert “Bob” Shuford III started his life on his father’s farm, called Deepdene, in Newton, N.C. Prior to Robert’s birth, his grandfather R.L. Shuford Sr. built a successful Jersey dairy and ice cream operation known as Oakwood Farm, where they sold 40,000 gallons of ice cream per year. Robert loved this farm and in 2003 he was able to purchase Oakwood and began his dream of repair and restoration that continues today.
In Robert’s younger years, his father, R.L. Shuford Jr., moved the family and their full blooded Jerseys to the Columbus-Tryon area and started a dairy called Weaverbarton. Robert chose to live the remainder of his life on the farm.
On Saturday, Oct. 20, 2007, at 9:30 a.m., Dr. Robert Shuford, along with the Pacolet Area Conservancy, dedicated the opening of the Weaverbarton Shuford Memorial Wildlife Sanctuary trail. Robert spoke fondly of his mother and family and opened the wildlife trail to the public.
He was a member of the Democrats Men’s Club, attained a doctoral degree from the University of Munich and taught Latin at Charlotte Country Day School.
It is important to know that Robert cherished his friendships, loved caring for his animals, enjoyed the outdoors and truly was a great conservationist. He will be greatly missed.
Survivors include one sister, Carla Shuford of Chapel Hill, N.C.; Jack and Charles Wilfong of Newton, N.C.; Johnny Wilfong of Fla.; Nancy Wilfong of Newton, N.C., and a special friend and caregiver, Carrie McFalls of Tryon.
A private service will be held at a later date.
In lieu of flowers, donations may be made to the Pacolet Area Conservancy, 850 N. Trade St., Tryon, N.C. 28782 or to the Catawba Lands Conservancy, 105 W. Morehead Street, Suite B, Charlotte, N.C. 28202.
An online guest register is available at www.mcfarlandfuneralchapel.com.
McFarland Funeral Chapel, Tryon.