Lilian Jackson Braun Bettinger, the prolific best-selling author of “The Cat Who” mystery series for more than 40 years, died at Hospice House of the Carolina Foothills in Landrum on Saturday, June 4. She was 97 and had lived in Tryon for the past 23 years. 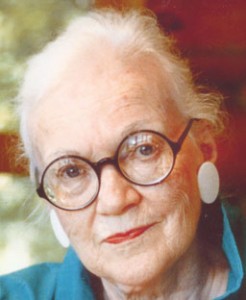 Ms. Braun wrote 31 books (two collections of short stories and 29 “The Cat Who” books).
Lilian Jackson Braun Bettinger was born on June 20, 1913 in Willimansette, Chicopee Falls, Mass. Her father, Charles Jackson, was an inventor and industrial manufacturing troubleshooter. Her mother, Clara Ward Jackson, was a homemaker. Her father’s work took them to Rhode Island, Brooklyn, N.Y., and Detroit, Mich. Ms. Braun lived in Michigan until retiring to North Carolina.
After a short stint as a waitress (lasting less than a week), Ms. Braun went to work for Detroit department stores, beginning as a copywriter and ending as the director of public relations. She took time off to write her first three books and then accepted a position as the “The Good Living” editor for the Detroit Free Press. She wrote feature articles on interior design, art and architecture, as well as reviews of kitchen gadgets and other household products. She remained with The Detroit Free Press for almost 30 years, retiring in 1978.
Ms. Braun was preceded in death by husband, Louis Paul Braun, sister, Florence Jackson, and brother, Lloyd Jackson. She is survived by her husband of 32 years, Earl Bettinger.
No memorial services will be held.
Online condolences may be sent to www.pettyfuneralhome.com.
Donations may be made to Hospice House of the Carolina Foothills, 260 Fairwinds Road, Landrum, S.C. 29356.
Petty Funeral Home and Crematory, Landrum.