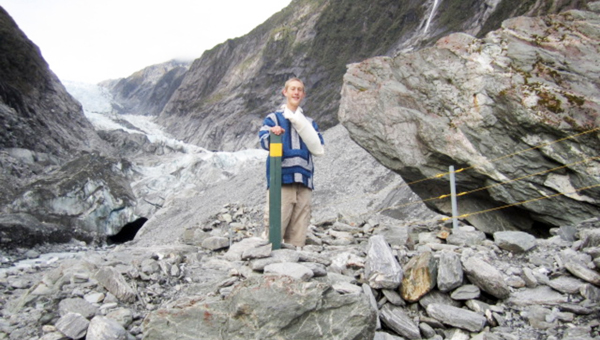 Broadening your horizons isn’t exactly the easiest thing to do. I’ve been living in New Zealand for the past two months, and I’ve already had a lot of great experiences, but there have also been some difficult times as well.
You really have to get used to your surroundings before you actually become comfortable. Just because New Zealanders speak English doesn’t mean it’s anything compared to what I’m used to in America. As a matter of fact, it’s very different over here, you can only imagine – it’s on the complete opposite end of the hemisphere. 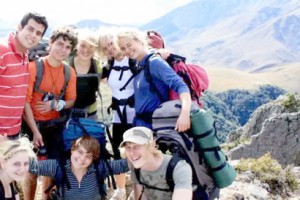 New Zealand is a very ‘British’ oriented culture, as the original settlers (aside from the Maori native islanders) came from England. Although New Zealand isn’t governed by England, they still view the King and Queen (currently the Queen) as their own, and of course the Royal Wedding was a huge deal. All of the girls wanted to see the princess’ dress and all the guys wanted to see the smooch.
One obvious difference in New Zealand that reflects the British heritage is that all schools require uniforms, with the exceptions of a few seniors in certain schools who aren’t required to. I wasn’t one of those so fortunate.
The uniforms look sharp but are quite a nuisance to equip yourself with in the mornings, especially considering I’m one of the ‘rush scene’ morning types of people.
I have been enjoying attending Timaru Boys High School, and am taking a spectrum of classes. I am currently enrolled in English, Maori, physics, statistics and drama, with the addition of a study period, which all seniors are granted (‘study’ is a pretty loosely used name).
My Maori and drama class have probably stood out more than any for me. In my Maori class we participate in a Kapa Haka, which is more or less a traditional Maori dancing and singing group. We perform shows with other schools at various events. I quite enjoy the Kapa Haka.
Also in my drama class we were covering a Shakespeare section, and another boy and I did a two-man skit at a competition from the “Merry Wives of Windsor” play. We didn’t win the competition, but we did win best connection award, however, which I am still quite proud of.
Recently I have been filling my time outside of school with running and after-school clubs. I joined the wrestling team, am doing small bore shooting (target shooting) and am soon to be volunteering at the community gardens.
Unfortunately, over the holidays, I managed to get a green stick fracture in my wrist, which was silly because now I can’t do any of that stuff for about another month.
New Zealanders, or Kiwis, as they prefer, are very outdoorsy people. My host dad, for example, runs a lifestyle block (a very popular style of housing in New Zealand which is very self-sustainable based) in which he runs 30 cattle. They have three goats as well as a heap of chickens, which they call “chooks.”
He has also been a hiker since his very young days, going out on 10-day hikes ever since he was in high school and younger. We go on many hikes together and we also go fishing together. He is an avid angler, but only for recreational fishing. It is very common in New Zealand to meet people with such appreciation for nature.
New Zealand has two very special government programs that I have encountered that really stand out to me. One of them is DOC, or Department of Conservation. They are more or less responsible for the myriad of well-groomed hiking trails available to hikers, as well as the huts along them, which you can camp in (some huts cost as much as 2.4 million dollars for a 30-man hut!).
Personally I have been “tramping,” or hiking, along several of these trails and have come face-to-face with absolutely breathtakingly beautiful views from many different elevations. I have already been tramping around Mt. Somers (where I saw some of the locations used to film “Lord of the Rings”) and some of the valleys in the Southern Alps mountain chain.
DOC also provides many local fishing spots, along with managing many other outdoor locations available to the public.
Another popular program in New Zealand is the ACC, or Accident Compensation Corporation. They give money to people who have accidents. This was nice because I broke my wrist not long ago and it was covered by the ACC.
Over my first term holidays my host family took me on a trip up through Kaikoura (which is where my host sister lives), up to the Marlborough Sounds and back around the west coast, passing through the Haast pass and coming back home to Timaru.
In Kaikoura I got to go deep-sea fishing, where I got to feed some fish, which in turn, then fed me as well. In the sounds we visited my host dad’s sister and her husband. The sounds were some of the most beautiful areas I have seen in my life.
Through the west coast we stopped along many places and took lots of walks. So I got to see a lot of the bush, and several glaciers as well, which were spectacular. I got many good photos, which I look forward to showing all my mates back at home.
New Zealand has been treating me well.
Editor’s note: Krarup’s program is partially funded with a scholarship from the Polk County Community Foundation. For more information about the local Polk County AFS call 828-863-4020. AFS is currently looking for host families for young students from foreign countries, who will attend Polk County High School.