Judge finds probable cause to charge McGraw with murder 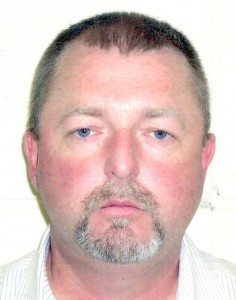 A probable cause hearing was held Wednesday, March 9 at the Polk County Courthouse, with the state presenting evidence from the Saluda Mountain Lodge, McGraw’s home and vehicle.
Polk County Sheriff’s Office Sgt. Chuck Hitch testified that Mintz was found in the living quarters of the Saluda Mountain Lodge on Feb. 19 at 9:45 a.m. Mintz’ family owns the lodge, which was undergoing renovations at the time.
Hitch testified that Mintz was lying on her back with injuries to her right arm and a gunshot wound to the head in the facial area. Hitch also said that a shotgun shell was lying at the scene.
Hitch said he accompanied McGraw to his home the day Mintz was found and retrieved six firearms from Mintz’ house, including four 12-gauge shotguns. At least one of the shotguns has been sent to the N.C. State Bureau of Investigation (SBI) for testing.
A spent shotgun shell was collected at the scene, as well as two unfired shotgun shells from McGraw’s car and other shotgun shells from McGraw’s car, according to Hitch’s testimony.
Defense attorney Ron Blanchard questioned Hitch about how secure the scene was at the lodge. When Blanchard asked Hitch if he remembered anyone saying they were in charge of the scene, Hitch responded, “No.”
Blanchard also asked if fingerprints were taken and Hitch responded that the SBI checked for fingerprints.
Blanchard told Judge Brooks this was probably the weakest probable cause hearing he has ever seen. He said there is no motive, no fingerprints and it is not known if the crime scene was secure.
Assistant District Attorney Beth Dierauf, however, said there was direct evidence that tied McGraw to the scene with the comparison of firearms and what was found at the scene.
Judge Brooks ruled there was probable cause to charge McGraw with first-degree murder.
McGraw’s case will be heard next by a grand jury for indictment in Polk County Superior Court. A court date has not yet been set.
McGraw is being held on no bond at the N.C. Department of Corrections in Raleigh.
Mintz, who was 53 at the time of her murder, was a realtor in Hendersonville. She and McGraw were married in February 2009. McGraw, a former police officer, resigned from the Fletcher Police Department in 2010.