I wanted publicly to express my sincere appreciation to the many fine citizens of Polk County and the surrounding regions who supported and directly assisted the firefighters of Sunny View Fire and Rescue during the recent terrible wild fire at Judes Gap.

The willing support of the entire community made our tasks so much easier to accomplish.

The Judes Gap fire was a serious threat to our community.  During its 10-day rampage, the fire consumed over 1,470 acres of rural property, spread into neighboring Henderson and Rutherford counties, and directly threatened several homes in its path.

In support of our activities, the entire community willingly brought delicious, hearty food and drink to the firefighters at the scene; personnel from the N.C. Forest Service, the N.C. State Parks and other departments from Polk, Henderson and Rutherford counties unfailingly responded with their resources, as did the Red Cross. Together, we were able to finally subdue the blaze.

Through the dedicated efforts of the entire community, no lives were lost, no serious injuries occurred, and no structures or animals were consumed.

In short, it was the best possible outcome for a terrible situation.

I would especially like to thank Harry Denton for the use of his home in the Judes Gap area.  Serving as the location for our incident command post for several days, it was a godsend in our firefighting efforts and made our tasks that much easier.

As a totally volunteer firefighting organization, the Sunny View department depends entirely upon the efforts of the community to sustain us. You did not let us down.

We are most grateful, and again, a big THANK YOU to all who supported our recent firefighting efforts. 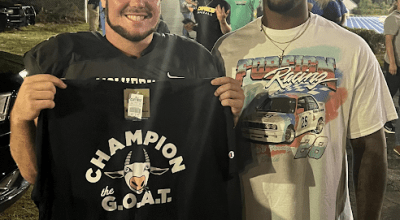