The year 2010 began at Marydell Farm with a CDI win for Don Principe, ridden by Courtney King-Dye in Florida. The Olympian was seriously injured in a fall from a young horse just four weeks later resulting in a coma which took five weeks to wake from. This injury left King-Dye with some physical challenges that will take time to rebound from. King-Dye is doing very well at the time of this writing, returning to teaching, coaching and riding therapeutic horses.

Jennifer Marchand, King-Dyes assistant, took over Don Principes reins. In just two weeks, Marchand received her first qualifying score for the National Intermediare I Championships. Over the course of the summer, Marchand and Don Principe acquired the necessary scores to be invited to the championships in Gladstone, N.J., at the USET Headquarters where they had a super competition.

Four weeks later in September, Don Principe became the Region 8 Intermediare I GAIC Champion and was the Reserve Champion at I-2. Marchand had not ridden at this level of competition prior to getting the ride on Don Principe. They were invited to participate at several USET training sessions with Ann Gribbons, team coach, Steffan Peters, bronze WEG medalist, and several other top international clinicians.

The breeding program at Marydell Farm has also enjoyed success this year.

In July, Quarterback filly out of Elite Mare Rising Star MF (Rotspon), Quintessa MF, was the Grand Champion at Dressage at Lexington with the highest score of the entire breed show. She was also the highest placing Hanoverian, and Born in the USA winner.

Her dam also won her class and was the Mare Champion and Mature Horse Champion.

The three-year-old filly Donna Hall MF, Don Principe/Ultrarubin/Rubinstein, had the third highest score of the show, winning her class. Donna had just been to her AHS inspection two days earlier, taking the top honors there with a score of 7.66, including a 9 on walk and earning the title Elite Eligible. She was the first daughter of Don Principe to be presented.

Dawn MF, by Don Principe out of an Elite dam by Londonderry, was third in her yearling filly class.

Diamond Court MF, a 2010 gray colt by Don Principe out of Royal Gem/Royal Diamond, did exceptionally well. He was named in honor of Countryney King-Dye.

A 2010 filly out of a Hanoverian approved Holsteiner dam, bred and owned by Leslie Heintzberger was second in the filly class and Reserve Foal Champion.

Flavuis MF, 2010 colt by Fidertanz out of Diora (DeNiro/Grande) won his class and powered his way to the Foal Championship.

Diamond Girl MF, Don Principe/Royal Gem, a three-year-old filly, was second in her class with an overall charm and three very good gaits. From this show, Princess went on to Brendan Curtis to start her under saddle training in preparation for her Mare Performance test in 2011.

Another group of Marydell Hanoverians set out for Georgia on September 17 to compete in the South East Regional final and the two breed shows hosted by the Good Horseman foundation.

On Saturday, Diamond Court won his class, was Foal Champion and High Score Born in the USA winner. He brought home two crystal browbands, one in red, white and blue, that he will put to good use in the future as King-Dyes riding horse.

Dawn MF was third in her class with over 80 percent. Delacroix MF was figuring out that he had shoes on for the first time as he had a sole bruise and needed protection from hard ground. Due to the weight of the shoes, he lost some impulsion and reach, but still placed second in his class. Donna Hall with her new owners daughter, Katie Cutrer, placed second in her class.

Under Janet Foy, an International Dressage Judge, Sunday started out with a flourish. Diamond Court MF once again won both his class and the foal championship.

Donna Hall MF had a super round to win her class with the high score of 85.4 percent earning a perfect 10 on her walk. This was the High Score of the Show, earning her the crystal browband for herself. Donna also was the Reserve Filly Champion.

On Saturday, Grand Prix rider and supporter of American bred horses Elly Schobel spoke for Dawn MF to become her future international prospect. The very next day Dawn won her class, Filly, Young and then the Grand Championship as well as High Placing Hanoverian.

The highlight of this show was the Regional Championships.

Diamond Court MF had tired a bit but mustered enough sparkle to place as the Reserve Foal Champion.

Dawn MF, also a bit tired from all the runs in the heat, finished as the Reserve Filly Champion for the South East Region.

Less than a week later, the trailer headed out once again, this time to the largest breed show in the country, Dressage at Devon. See the forthcoming article in the Bulletin for results from Devon. 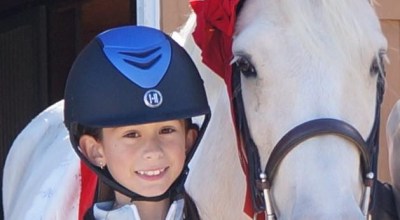 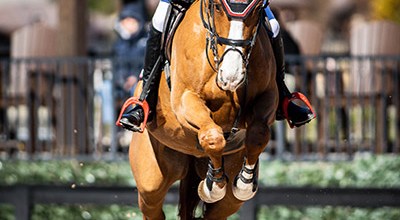 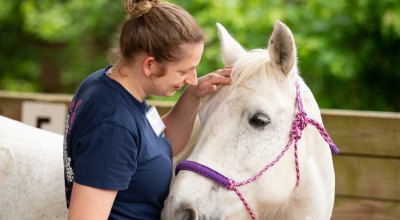