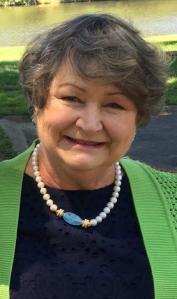 Spartanburg– Loretta Burrell Holmes, 79, of Spartanburg passed away on January 17, 2023.
She was the daughter of the late John C. and Ethel Dill Burrell. She was the wife of Daniel W. Holmes and was first married to the late Jerry N. Hyder.

She was a member of Fairview Baptist Church.  Loretta worked at Landrum Mills, Bommer Springs, Hyder Construction, and as a receptionist for Wanda Starling, MD.

A graveside service will be held at 2:00 pm on Saturday, January 21, 2023, at Evergreen Memorial Gardens conducted by Rev. Lynn Stewart.

In lieu of flowers, memorials may be made to Agape Hospice, 123 Dillon Drive, Spartanburg, SC  29307.
Condolences may be left at www.pettyfuneralhome.com.