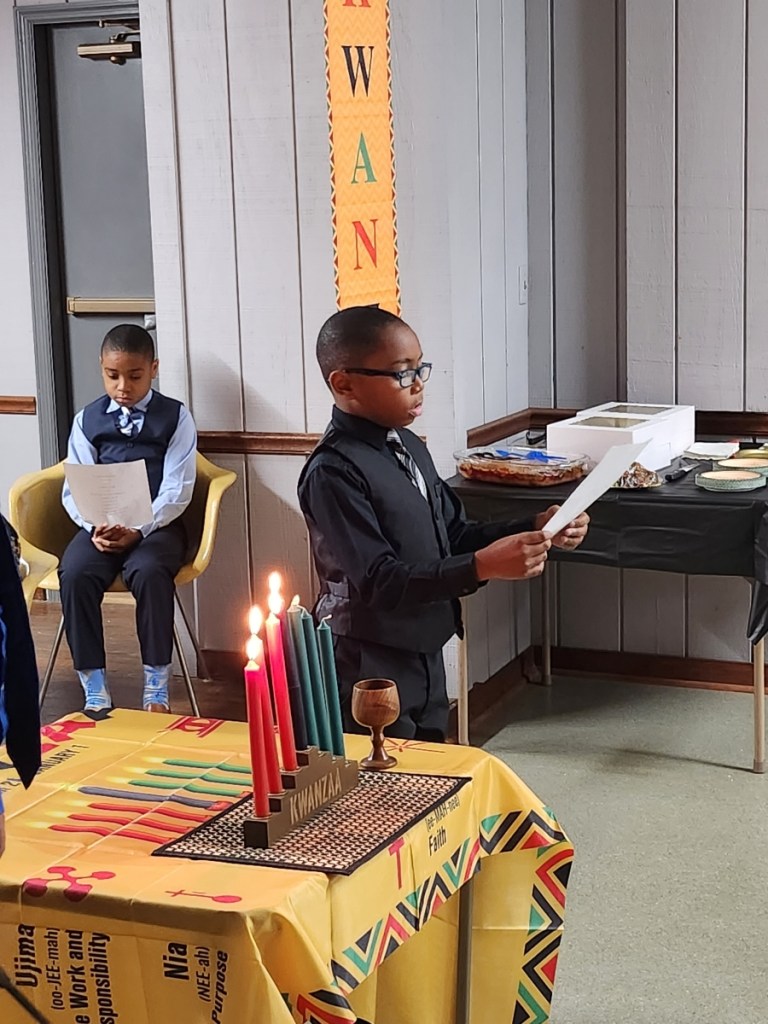 The Roseland Community Center concluded its Season of Holiday Cheer with a celebration of Kwanzaa and Watch Night on New Year’s Eve.

Children from the Roseland Summer Program read the seven principles of Kwanzaa and lit the ceremonial kinara, and then joined the Youth Choir from the Garrison Chapel Baptist Church in singing several gospel songs.

Kwanzaa was founded in 1966 as a way to positively focus African American communities for the seven days between Christmas and New Year’s Day. Watch Night dates back to New Year’s Eve 1862, as a ceremonial observance in anticipation of the Emancipation Proclamation, which became effective on January 1, 1863.

The capacity crowd was treated to a well-stocked Welcome Table, and champagne toasts were offered to the old and new years. To conclude the program, former Roseland student intern Elijah Sutton sang a rendition of Sam Cooke’s “A Change is Gonna Come” as a tribute to the New Year.  Also during the program, The “Carrie Lee Massey Community Service Award” was presented to Verbus “Cub” Logan in recognition of his many contributions to Roseland, the Eastside Community, and beyond.

The celebration was funded in part with a Cheer Grant from the Polk County Community Foundation, local businesses, and an anonymous donor.