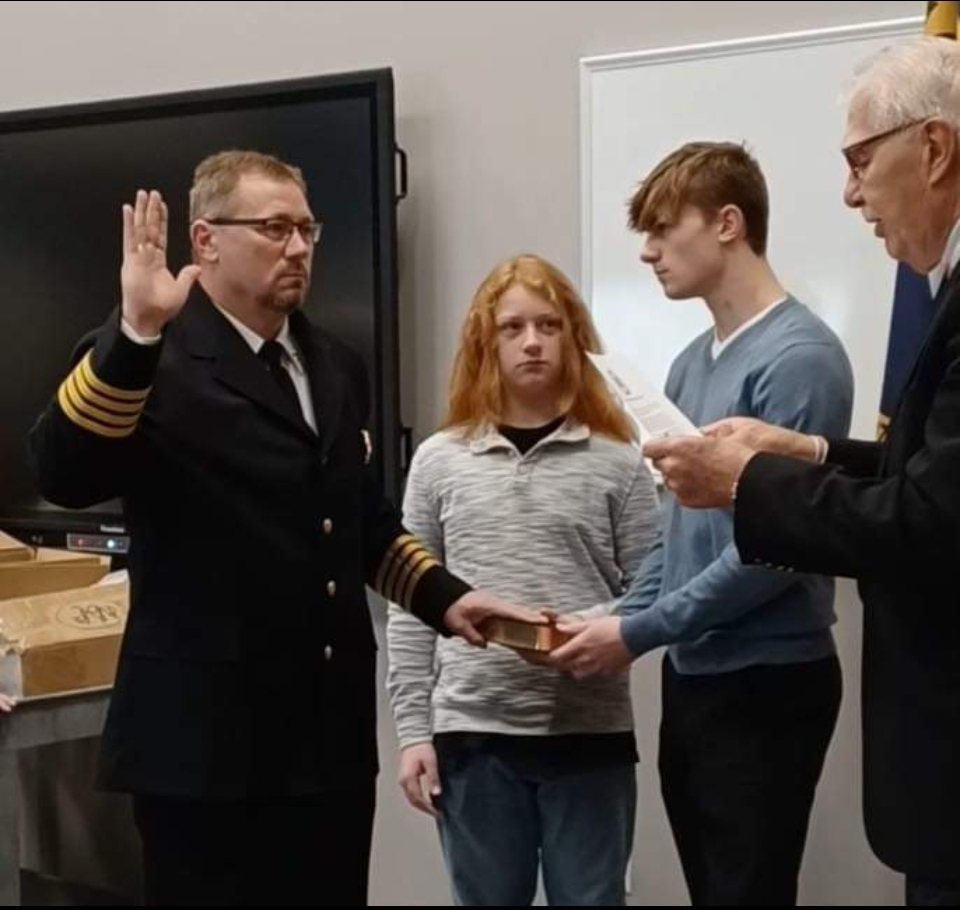 POLK COUNTY– On Monday, December 5, Polk County Sheriff Tim Wright was sworn into his second term of office by Polk County Commissioner Tommy Melton, while members of his family stood by his side.

Elected Sheriff in 2018, Wright states “we will move forward by continuing to build upon the foundation of the past four years and by providing the best possible law enforcement services and protections to the citizens of our great County.”

A Polk County native, Wright grew up in Lynn and attended Tryon Elementary School before graduating from Tryon High School in 1989.

After graduating high school, Wright joined the United States Navy and served during Desert Shield and Desert Storm. He would later be honorably discharged at the end of his enlistment and started focusing on a law enforcement career.

Among these awards, Wright would win Officer of the Year Award, Law Enforcement Award from the Veterans of Foreign Wars, Life Saving Award and many others.

“Being sworn in by County Commissioner Tommy Melton with my family by my side and surrounded by the men and women who make Polk County Sheriff’s Office the outstanding organization that it is, was truly humbling,” Wright said in a statement after being sworn into office.