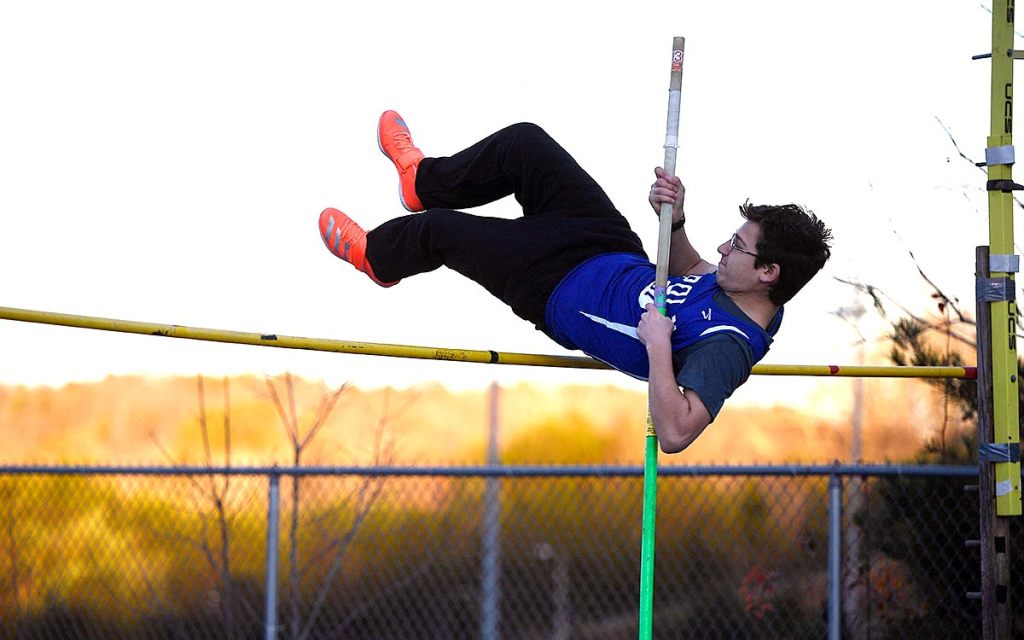 An athlete competes at an event earlier in the season

What’s a bit of rain when there’s an indoor track and field meet to be run?

That proved the approach Wednesday for the six teams that gathered in G.M. Tennant Stadium for the PCHS Polar Bear 2 meet, Polk County’s second full meet of the season.

The Wolverine boys had two event winners, with Nathaniel Rhein claiming the 300-meter hurdles and the Polk 4×400-meter relay team topping Asheville by less than a second. Polk’s time of 3:39.00 is the fastest among 2A/1A teams in the state thus far in the young season.

Lindsey Dotson’s second-place showing in the shot put led the Polk girls for the day.

Next up for Polk County is the 13th annual Reindeer Games, set for Dec. 14 at 4 p.m. in Tennant Stadium.