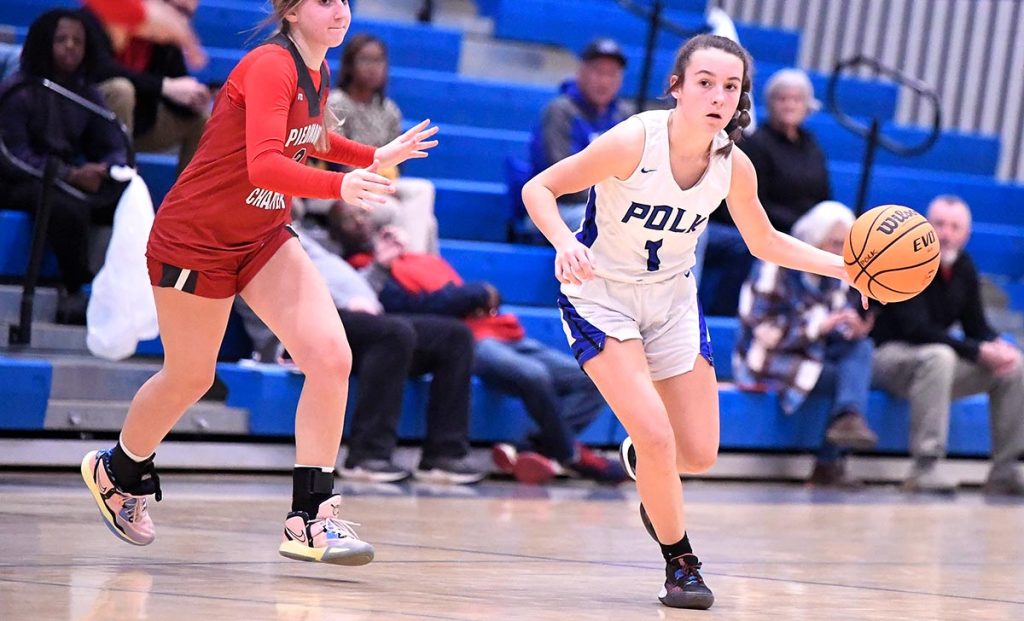 Some of the other sights Alm witnessed, though, she didn’t find quite as pleasing.

The small details – missed layups, missed defensive assignments – proved the biggest thorns in the Wolverines’ side as Owen claimed a 51-44 victory in a non-conference clash at Polk.

A fairly close game through two and a half quarters began to tilt in Owen’s favor in the latter stages of the third quarter, the Warhorses (3-3) building an 11-point advantage late in the period and taking a 36-27 margin into the final quarter.

Owen continued to swell the lead, grabbing a 51-35 advantage before Polk closed the game with a 9-0 run. The Warhorses were able to consistently generate points with penetration into the lane and passes to the opposite side of Polk’s defense for layups and short jumpers.

“It was nice to have Mia back,” Alm said. “They were able to stop our transition game, which affected our offense. And we didn’t do the little things, the things we usually do and didn’t tonight.”

While returning from an ankle injury suffered last week, Bradley’s court time proved limited Tuesday due to foul trouble, with she and freshman Jayden Duncan both drawing their fourth fouls by late in the third quarter.

Polk County (2-2) grabbed an early lead and kept it until the 6:10 mark of the second quarter, when Owen surged in front for an advantage the Warhorses would never lose. Polk still trailed just 19-14 at the half and opened the third period with a Gavionna Carson basket to pull within three, but that would be the closest the Wolverines drew the rest of the evening.